To share your memory on the wall of Chauncey \"CP\" Cavin, sign in using one of the following options:

C.P. was born on Sunday, April 8, 1951 in Natchez, MS and passed away on Saturday, January 9, 2021, in Franklin County, MS. He proudly served his country in the United States National Guard. Following in the footsteps of his father, Chauncey Cavin, Sr., he left this world doing what he loved, taking care of his oil wells. He was the owner and operator of Cavin's Oilfield Service, LLC. C.P. was a very devoted and hard worker, providing for his family. He was always putting others needs before his own. C.P. was one of a kind, loving husband to his wife and a great role model, protector, and hero to his three daughters and grandchildren. He enjoyed watching the neighborhood kids grow up through the years, who have grown to love, honor, and respect him. C.P. was always willing and able to help anyone in need. He will be greatly missed by anyone who has known him, as he has left a great legacy to live on.

He was reunited with his father, Chauncey Patrick Cavin, Sr.

The family will receive friends on Tuesday, January 12, 2021 at Vidalia Young's Funeral Home from 5PM until 8PM and Wednesday, January 13, 2021 from 12 noon until service time at 2PM.

To send flowers to the family or plant a tree in memory of Chauncey "CP" Cavin Jr., please visit our Heartfelt Sympathies Store.

Receive notifications about information and event scheduling for Chauncey "CP"

There are no events scheduled. You can still show your support by sending flowers directly to the family, or planting a memorial tree in memory of Chauncey "CP" Cavin Jr..
Visit the Heartfelt Sympathies Store

We encourage you to share your most beloved memories of Chauncey "CP" here, so that the family and other loved ones can always see it. You can upload cherished photographs, or share your favorite stories, and can even comment on those shared by others.

Posted Jan 12, 2021 at 10:23pm
Mr. C.P. will be so missed. He helped so many. I always enjoyed visiting with him. He was a wealth of knowledge. A GREAT fella leaving a precious legacy. My condolences to the Cavin family.
Comment Share
Share via:
C

Posted Jan 11, 2021 at 08:46pm
Please accept our most heartfelt sympathies for your loss... Our thoughts are with you and your family during this difficult time. 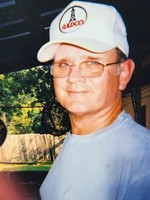