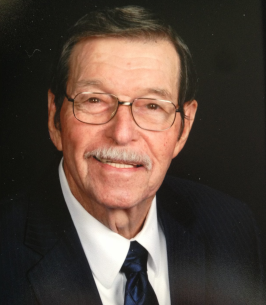 Clarence Forsythe Routon, Jr., 89, died on August 30, 2022, at his home in Wallace Ridge, LA. Funeral services celebrating his life will be held at the First Baptist Church in Harrisonburg on Saturday, September 3, 2022, at 11:00 a.m. with Dr. Philip Caples officiating. Interment will follow at Harrisonburg Cemetery under the direction of Young’s Funeral Home. The family will receive friends at the church from5:00 p.m. to 8:00 p.m. on Friday, September 2.

Clarence was born in Harrisonburg, LA, on November 13, 1932, to Clarence F. Routon, Sr. and Imogen McCollister Routon. He was a 1950 graduate of Harrisonburg High School. He attended Southeastern University in Hammond, LA, where he played basketball and graduated with a Bachelor of Science in Agriculture. He married Jo Ann Richardson on September 12, 1954.

After serving in the United States Army, he returned to Catahoula Parish in 1957 where he managed oil wells for many years and farmed and raised cattle. After his retirement in 1977, he worked as a certified crop adjuster/appraiser for USDA Federal Crop Insurance and became the chairman of the ASCS/FSA county committee. He was a faithful member of First Baptist Church Harrisonburg where he was ordained as a deacon in 1967. He enjoyed teaching Sunday School and singing in the church choir for several decades. Clarence was also a long-time member of Masonic Lodge #110 where he achieved the rank of 32nd degree and served as Past Master.

Clarence loved the outdoors and operating farm equipment and other machinery. He never met a stranger and could comfortably talk to anyone he met about almost any subject. He was a trusted friend to many and a loving and devoted husband and father. He leaves his wife and family an inheritance rich in values of hard, honest work and a strong faith in God.

He is preceded in death by his parents; his son, Ron Routon, and daughter in law, Susan Cox Routon; his father-in-law and mother-in law, Ronald and Myrtle Richardson; his son-in-law, Bill McHale; and his brother, Harold Routon.

Special thanks to Heart of Hospice nurse Erin Kirby Bonds and aide Kay Hicks and to sitter Joann Banks for their dedicated care, compassion, and kindness.

To leave an online condolence for the family, please visit youngsfh.com. Those wishing to honor Clarence through charitable contributions are invited to consider First Baptist Church Harrisonburg or your favorite charity. God has him in His arms, and we have him in our hearts.