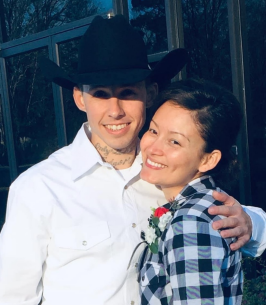 Funeral services for Dakota Graham, 33, of Sicily Island, LA will be held at Wallace Ridge Pentecostal Church on Wednesday, June 22, 2022 at 2PM with Rev. Tyler Stevison officiating. Interment will follow at Greenlawn Memorial Park in Natchez, MS under the direction of Young's Funeral Home.

Dakota was born on Saturday, August 20, 1988 in Ferriday, LA and passed away Sunday, June 19, 2022 in Sicily Island, LA. He proudly served his country in the United States National Guard. Dakota followed in his dad's footsteps working in the oilfield and that's all he ever wanted to do. Recently, he worked as a Floorhand for Cactus.

He was preceded in death by his paternal great-grandmother, Anna Belle Cain; paternal grandparents, Shelby and LJ Guidry; and maternal grandfather, Lawrence Campbell.

Honorary pallbearers will be Brent Campbell and Sam Lewis.

The family will receive friends at Wallace Ridge Pentecostal Church on Wednesday, June 22, 2022 from 11AM until service time at 2PM.