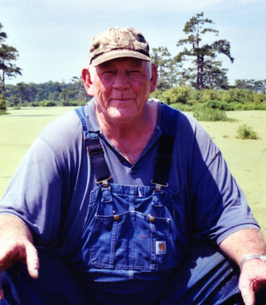 Funeral services for Gail William Towell, 82, of Manifest, LA will be held Pisgah Baptist Church in Manifest on Saturday, July 16, 2022 at 11AM with Bro. Ken Hoots and Bro. Butch Farris officiating. Interment will follow at Woodland Memorial Park in Jena, LA.

Gail was born on October 23, 1939 in Fox, AR and passed away on July 13, 2022 in Alexandria, LA. He was a member of Pisgah Baptist Church. At 16 years old Gail’s dad signed for him to start his oilfield career. He spent his whole life working in the oilfield from working in Saudi Arabia, the Northern Sea, and many other places for 20 years and more years here in the United States. Gail was an avid outdoorsman, who loved hunting, fishing, and anything else he could get into. One of his other past times was reading about history and Native Americans. He was a true conservative.

He is preceded in death by his parents, Henry Towell and Esta Stephens Towell; sisters, Judy Meierhans and Janice Meredith; brothers, David Towell and Larry Towell; and brother-in-law, Charles Taylor.

Honorary pallbearers are James Aplin and the Members of the Fairbanks Hunting Club.

The family will receive friends at Pisgah Baptist Church on Friday, July 15, 2022 from 5PM until 8PM.

To leave an online condolence for the family please visit www.youngsfh.com