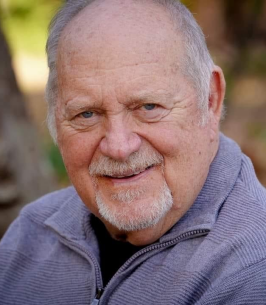 James Wayne “Buddy” Farris passed away peacefully in his home on September 12, 2022 at the age of 78 years old. Buddy is survived by his loving wife Pamela Farris of 24 years. They were married on July 9, 1998 in Rayville, LA.

Buddy was born in Lake Providence, LA on September 4, 1944 to Wayne Farris and Willene Perrymore Farris. He began his career working for the U.S. Army Corp of Engineers and then began working for the Ferriday Police Department. In 1971, Buddy joined the Louisiana State Police and served until he retired in August of 1994. After retirement, Buddy enjoyed several jobs including a summer as a park ranger in Yosemite, a hunting guide in Colorado and Black Hawk Hunting Preserve, and a deputy for the Concordia Parish Sheriff’s Office.

In his spare time, Buddy loved to hunt, fish, hike, travel, bicycle, and enjoy the outdoors. He was also a skilled carpenter and loved to build. Buddy volunteered his time in his community as well as with several missions operations where he assisted in building churches all over the country.

He was an active member of Monterey First Baptist Church where he was a member of the choir. Buddy and Pam traveled all over the country camping and enjoying life together. He loved his family dearly and touched the lives of many. He never met a stranger and always left a lasting impression. Buddy always had a funny joke to tell and a helping hand to give. He will be deeply missed by all.