To share your memory on the wall of Kenneth Hedrick, sign in using one of the following options:

Funeral services for Sheriff Kenneth Hedrick, 72, of Vidalia, LA will be held at Vidalia First Baptist Church on Sunday, January 10, 2021, at 2PM with Bro. Jerry Sharp and Brent Gore officiating. Interment will follow at Cypress Grove Cemetery in Dunbarton, LA under the direction of Young's Funeral Home.

Kenneth was born on Wednesday, July 7, 1948 in Eva, LA and passed away Thursday, January 7, 2021 in Natchez, MS. He was a member of Dunbarton Baptist Church. He spent his whole life protecting and serving the communities in which he lived. He began his law enforcement career with the Ferriday Police Department from 1969 to 1981, of which he served as chief from 1976 to 1981. Kenneth then went to work for the LA Department of Wildlife and Fisheries from 1981 until 2008, retiring as Lieutenant. He retired in 2008 only to return later that year as Chief of Police for the Ferriday Police Department until 2012. He then ran for and was elected Sheriff for Concordia Parish where he spent the last eight years.

Not only did he protect the community, he protected his family. Kenneth cherished his sweetheart Linda. He had an easy smile and a big heart. He was a family man that loved his three boys and his grandchildren. It didn't matter what he done with his grandchildren, a ride to the store, just as long as he was in their presence. In his spare time, he enjoyed working on his old cars, attending car shows, and racing. Kenneth was a loving husband, father, grandfather, friend, mentor, and so much more. His dearest life-long friends, he spoke of you often. Kenneth truly loved life and lived it to the fullest! He will forever be missed.

The family will receive friends on Saturday, January 9, 2021 at Vidalia First Baptist Church from 6PM until 8PM. To leave an online condolence for the family, please visit www.youngsfh.com.

To send flowers to the family or plant a tree in memory of Kenneth Hedrick, please visit our Heartfelt Sympathies Store.

Receive notifications about information and event scheduling for Kenneth

There are no events scheduled. You can still show your support by sending flowers directly to the family, or planting a memorial tree in memory of Kenneth Hedrick.
Visit the Heartfelt Sympathies Store

We encourage you to share your most beloved memories of Kenneth here, so that the family and other loved ones can always see it. You can upload cherished photographs, or share your favorite stories, and can even comment on those shared by others.

Lee ( Jabbo) Franklin and Amy Hedrick sent flowers to the family of Kenneth Hedrick.
Show you care by sending flowers

Posted Jan 10, 2021 at 08:44pm
Sending love and prayers to the family of Kenneth Hedrick. He was such a wonderful man and will be missed by many.

3 trees were planted in the memory of Kenneth Hedrick

Posted Jan 09, 2021 at 10:05am
He was the Best man, sweet, generous and a man who served and cared for others without reserve. No words can express how much he will be missed.

3 trees were planted in the memory of Kenneth Hedrick

Flowers were purchased and a memorial tree planted for the family of Kenneth Hedrick. Send Flowers

Flowers were purchased for the family of Kenneth Hedrick. Send Flowers

Posted Jan 09, 2021 at 05:28pm
David, your Dad was a good man who will be truly missed. Our thoughts and prayers are with you and your family.
Love, Jerry and Becky Daye
Comment Share
Share via: 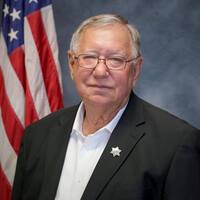