To share your memory on the wall of L. Rogers Moreland, sign in using one of the following options:

Provide comfort for the family by sending flowers or planting a tree in memory of L. Rogers Moreland

Provide comfort for the family by sending flowers or planting a tree in memory of L. Rogers Moreland

He attended Louisiana State University and earned his degree in 1957 in electrical engineering. With outstanding academic credentials, he began his exceptional career in the oil and gas industry before transitioning into the aerospace industry. Having worked on booster rockets for space flight, including the early Apollo missions, he was a true rocket scientist.

In 1967, Rogers decided to move back to his roots, joining his father and brother in the farming industry. He built a home next to his parents and within a mile of his brother, raising four children with his wife, Mary.

Never fully retiring, he farmed for the rest of his life and was surrounded by family, who he valued above all else. He passed away peacefully at home on March 30, 2021. Rogers is survived by his children: Denise Zuccaro, Melanie Hartmann, David Moreland, and Kenneth Moreland. He adored his eight grandchildren: Steven, Jonathan, Christina, Stephanie, Jennifer, Jacob, Zachary, and Lauren, and his two great grandchildren: James and Caroline. He will be dearly missed, every day.
Read Less

To send flowers to the family or plant a tree in memory of L. Rogers Moreland, please visit our Heartfelt Sympathies Store.

Receive notifications about information and event scheduling for L. Rogers

We encourage you to share your most beloved memories of L. Rogers here, so that the family and other loved ones can always see it. You can upload cherished photographs, or share your favorite stories, and can even comment on those shared by others.

Bill and Grace Kirksey, Pooles Custom Spraying, and other have sent flowers to the family of L. Rogers Moreland.
Show you care by sending flowers

Posted Apr 08, 2021 at 02:10pm
Monterey will never be the same without Rogers Moreland. With deepest sympathy,

Flowers were purchased for the family of L. Rogers Moreland. Send Flowers 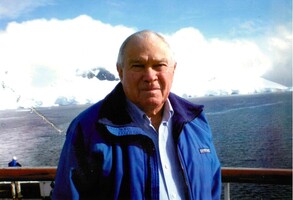