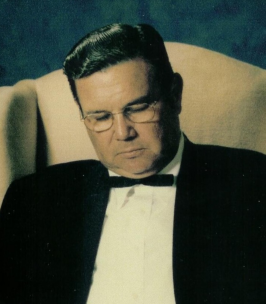 Funeral services for Rev. A.W. Buie, Jr., DD, 80, of Harrisonburg, LA will be held at Wallace Ridge Pentecostal Church on Friday, September 9, 2022 at 2PM. Interment will follow at Heard Cemetery, under the direction of Young's Funeral Home.

Rev. A.W. Buie was born on Wednesday, June 10, 1942 in Alexandria, LA and passed away Wednesday, August 31, 2022 at his home. He was honored in the Apostolic Archives International and will be inducted posthumously in the Pentecostal Heritage Museum. The following profile, provided by the archives, provides a glimpse into the life and passion of Rev. Bill Buie.

The eldest of three sons born to Aubrey and Gloria Buie. He was raised in a preacher's home, and was a fourth generation preacher. In the winter of 1947, at the age of five, Bill was baptized in Jesus' name. At the age of seven he received the baptism of the Holy Ghost in a revival conducted by Joseph Urshan, in Kilgore, Texas where his father, A.W. Buie Sr. was pastoring.

At the age of eleven, Brother Buie preached his first sermon, entitled, "The Five Wise and The Five Foolish Virgins”. As an evangelist he held over two-hundred revivals. Elder Buie has a very rich "Apostolic Heritage" that reaches all the way back to the great Oneness Pentecostal Movement that developed around 1913.

During his formative years of ministry, Elder Buie spent some very valuable time at "Christ Temple" in South Bend, Indiana. There he served as the only assistant pastor that the late Elder Carl Ballestero ever had. Brother Buie's first pastorate was in 1963, at Dinuba, California. His second pastorate was in 1971, at New Iberia, Louisiana. His third pastorate was in Kingsport, Tennessee, which lasted for six-years. His fourth pastorate lasted over 20 years at Landmark Apostolic Church in Hollywood, Florida.

As a member of the Apostolic Minister's Fellowship, Elder Buie served on the General Board of Elders, and also on the Missionary Board. For several years, he was a contributing editor for the Apostolic Standard, the official organ of the AMF. He was a popular speaker who was frequently called upon to preach conferences, anniversaries, and camp-meetings while affiliated with the AMF. Afterward, he continued traveling throughout the country, preaching and teaching due to the high demand of his ministry.

Elder Buie was a preacher's preacher! He possessed a dynamic command of words, and was truly at home in the Word of God. His extended education includes a Master's Degree and Doctor of Divinity. His education, coupled with the anointing of the Holy Ghost made Elder Buie a superlative among his contemporaries. Today he is thought of as one of the greatest preacher's to ever live in the 20th Century.

The family will receive friends at Wallace Ridge Pentecostal Church on Thursday, September 8, 2022 from 5 PM until 9 PM and Friday, September 9, 2022 from 10 AM until service time at 2 PM .