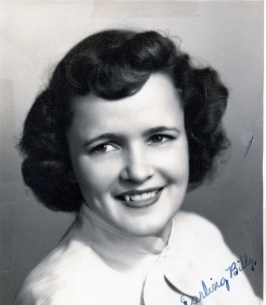 Graveside services for Sarah Joan Templeton Delaney, 92, of Vidalia, LA will be held at Greenlawn Memorial Park on Friday, September 16, 2022 at 10AM. The family will receive friends at Young's Funeral Home in Vidalia on Thursday, September 15, 2022 from 5PM until 7PM.

Joan was born on Wednesday, September 03, 1930 in Bude, MS and passed away Sunday, September 11, 2022 in Natchez, MS. Her first job after graduating from Natchez High School, was at The Natchez Democrat. There she met the love of her life, Billy, and they got married four months later. Their mutual love for newspaper work led them to become Owners/Publishers of the Fayette Chronicle. They loved one another so much, after nearly 50 years together Mr. Billy passed away in 2008. Joan had a great love for her family, country, state, and hometown of Vidalia, LA, where she took great pride in her yard and displaying her beloved American Flag.

She is reunited with her husband, Billy Derwood Delaney; parents, Thomas Benjamin Templeton and Albertine McManus Templeton; and brothers, Ted and Jack Templeton.

Those honoring Joan as pallbearers will be her grandsons: Jeremy, Joshua, Eric, Blake, Adam, and Brian.

The family asks that in lieu of flowers, donations be made to St. Jude Children's Hospital in memory of Mrs. Joan.