To share your memory on the wall of William Smith, sign in using one of the following options:

Funeral services for William Miles Smith, 82, of Ridgecrest, LA will be held at Sycamore Baptist Church on Monday, April 5, 2021 at 12noon with Bro. Richard Cullum and Bro. Troy Boleware officiating. Interment will follow at Pleasant Hill Cemetery in Jena, under the direction of Young's Funeral Home.

William was born on Friday, May 06, 1938 in Jena, LA. and passed away Friday, April 02, 2021 at his home. He proudly served his country in the United States Marines. He was a loving brother, husband, father, grandfather, great-grandfather, and friend.

The family will receive friends at Sycamore Baptist Church on Monday, April 5, 2021 from 10AM until service time at 12noon. To leave an online condolence for the family please visit www.youngsfh.com.
Read Less

To send flowers to the family or plant a tree in memory of William Smith, please visit our Heartfelt Sympathies Store.

Receive notifications about information and event scheduling for William

There are no events scheduled. You can still show your support by sending flowers directly to the family, or planting a memorial tree in memory of William Smith.
Visit the Heartfelt Sympathies Store

We encourage you to share your most beloved memories of William here, so that the family and other loved ones can always see it. You can upload cherished photographs, or share your favorite stories, and can even comment on those shared by others.

Micah & Charity Rodgers, Marianne, Timmy, Dennis and Keith Elliott, and other have sent flowers to the family of William Smith.
Show you care by sending flowers

Posted Apr 04, 2021 at 08:41am
Please accept our most heartfelt sympathies for your loss... Our thoughts and prayers are with you and your family during this difficult time.

Posted Apr 03, 2021 at 09:26pm
I am a cousin of Miles, also brother of Wiillie Dea Blaney Pecanty. I live in West Monroe. Fond childhood memories of spending time with the family in Jena. We are sorry for your loss.
Freeman Blaney
Comment Share
Share via:
BF 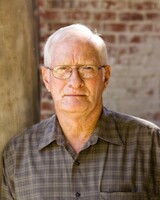