To share your memory on the wall of David Torrans, sign in using one of the following options:

David was in the military Air Force Army National Guard from 1955-1962. He joined the Mississippi Boxing Association and was a Heavyweight Golden Glove Boxer in the 60's. He was known for his great big muscles and large hands and how we could drop a quarter through his rings. He was A 32-degree Mason and coached Dixie Youth baseball in Ferriday. David moved up in the oilfield industry as a Rig Superintendent and a Drilling Consultant traveling and living all over the world from South East Asia, Brazil, and Saudi to name a few. Through the years, he continued his education through La State University completing numerous petroleum and safety classes. He was an avid carpenter and later obtained his Real Estate license in Oklahoma and built a salvage yard and wrecker service. David was kind to all and loved to tell stories of his travels. He often cared for the orphans in the jungles of Asia and would bring them treats from afar. David was a family-oriented workaholic, and great dancer. He was the best brother and loved his siblings dearly. David always stayed close with them all their lives! His grandchildren were his passion! He has left everyone with so many good memories!

Thank you to the staff of Clarity Hospice of Baton Rouge and Special Thanks Dr. Kevin Dean, Dr. Brad Rodrique and Weston Rino, RN.

The family will receive friends at Youngs Funeral Home, Vidalia from 10:00 AM until service time at Wednesday, March 17, 2021. To leave an online condolence for the family please visit www.youngsfh.com.

To send flowers to the family or plant a tree in memory of David Torrans, please visit our Heartfelt Sympathies Store.

Receive notifications about information and event scheduling for David

We encourage you to share your most beloved memories of David here, so that the family and other loved ones can always see it. You can upload cherished photographs, or share your favorite stories, and can even comment on those shared by others.

Flowers were purchased and a memorial tree planted for the family of David Torrans. Send Flowers 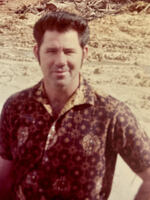 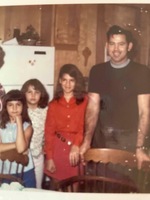 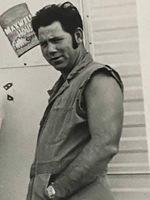