To share your memory on the wall of George Tanner, sign in using one of the following options:

Buddy, an only child, was born on November 30, 1941, in Tensas Parish and was raised near
many cousins his age who were like siblings. His mother was a teacher and continued her
degree in the summers, so Buddy lived with his cousins, the Clarke and Coleman families, and
served as a lifeguard on Lake Bruin. He graduated from Davidson High School and played
basketball and football. He then continued playing football at Northwestern State College until
transferring to Northeast and finishing in business administration. His family remembers him as
a thoughtful and always generous patriarch.

Since 1965, he operated the Frogmore Gin and farmed Frogmore Plantation. In 1990, he and
his wife Lynette built Tanner & Co. Gin, and later that year he won the Outstanding Ginner of
the Year award over the five midsouth states. The following year they partnered in the
construction and operation of Alabama Gin Company. Respected by his peers, he served as a
producer, ginner, and warehouse delegate to the National Cotton Council. He was selected as
the Outstanding Ginner of the United States in 1991 based on his increased production and
customer service at Tanner & Co and his local community involvement. He along with his loyal
staff insisted on having the most up-to-date and robust gin operation and strived for perfection
for his customers.

Buddy is survived by his wife, Lynette Ater Tanner, and their five children Dr. Virginia “Jennie”
Thurston, George Tanner, Jr. and girlfriend Brigit Persson, John Elliott Branton and wife Robin,
Donald Wayne Branton, and Lauren Tanner Stinson and her husband Doug. Buddy also had
ten grandchildren he loved dearly, Tate, Searcy, Quin, Harrison, and Suzannah Branton;
Conner and Abby Branton; and Ainsley, Tanner, and Hallie Stinson. He was preceded in death
by his parents, Olen and Elizabeth Clarke Tanner and many other beloved family members.
The family expresses with deepest appreciation their gratitude for the friendship, medical care,
and support of Dr. Andrew McWhorter.

To send flowers to the family or plant a tree in memory of George "Buddy" Tanner, please visit our Heartfelt Sympathies Store.

Receive notifications about information and event scheduling for George

There are no events scheduled. You can still show your support by sending flowers directly to the family, or planting a memorial tree in memory of George "Buddy" Tanner.
Visit the Heartfelt Sympathies Store

We encourage you to share your most beloved memories of George here, so that the family and other loved ones can always see it. You can upload cherished photographs, or share your favorite stories, and can even comment on those shared by others.

Joe, Amber, August & Raleigh, Jimmy & Pat Myers, and other have sent flowers to the family of George "Buddy" Tanner.
Show you care by sending flowers

Posted Sep 08, 2020 at 04:12pm
Dear Lynette, you and Buddy made a world of difference in the lives of children who know unspeakable pain. Please accept our sincere condolences.

Posted Sep 06, 2020 at 01:08pm
Our thoughts and prayers are with you all. We are heartbroken over the passing of Buddy. He will be missed so much. We Love You.

Posted Sep 06, 2020 at 12:52pm
Sending prayers, love & support to Jennie and the family. I did not know Mr. Tanner but as well as I know Jennie I can imagine he was a great man!

Flowers were purchased for the family of George Tanner. Send Flowers 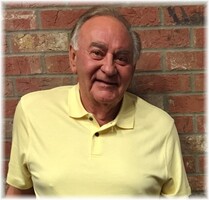